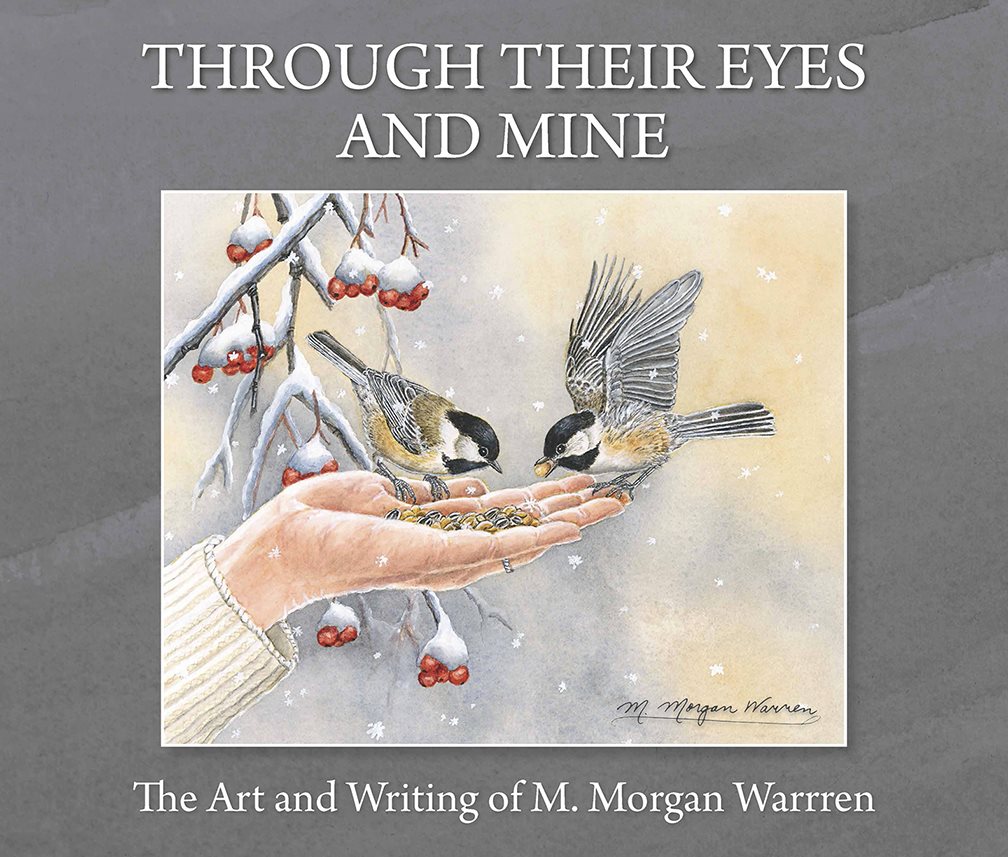 M. Morgan Warren lives and maintains a working studio at Canoe Cove Marina, North Saanich, B.C. During the past thirty years she has made an in-depth study of the fauna and flora of the region, recording her observations in hundreds of photographs, sketches and notes. Best known for her highly detailed realistic watercolours of the birds of North America and her native Britain, she strives to give the viewers of her work a special glimpse into the hidden lives of her subjects.

Morgan’s paintings and reproductions can be found in many private collections all over the world, including those of Her Majesty, Queen Elizabeth ll and HRH, Prince Philip, Duke of Edinburgh. In 1996 she was the special guest of the DeYoung Museum of Fine Arts in San Francisco where she demonstrated the techniques of John James Audubon for visitors to the national Audubon Birds of America Exhibition. Save the Children Fund Christmas cards, the international Sierra Club Foundation Annual Report, and Ducks Unlimited, among others, have all featured her work. Rogers Chocolates recently chose one of her images to be included in their special Canadian Art Collection.

Already a published poet with a degree in English Literature and Creative Writing, Morgan Warren recently released her first book, “Through Their Eyes and Mine”. In it she combines her love of birds and the ability to empathize with them in paint, together with thought -provoking text in both poetry and prose – the culmination of a four-year project.

As well as gathering ideas for a children’s book which she plans to write and illustrate, she is currently working on a waiting list for her commissioned original paintings, which are now in high demand with discerning collectors.