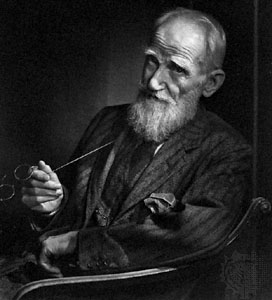 In what is one of George Bernard Shaw’s most controversial plays, Mrs. Warren must attempt to reconcile with her disapproving daughter in a story sprinkled generously with sharp comedy and biting social commentary that remains relevant today. Elements of the play were borrowed from Shaw’s 1882 novel Cashel Byron’s Profession, about a man who becomes a boxer due to limited employment opportunities.

Miss Janet Achurch (an actress and friend of Shaw’s), suggested that Shaw should put on the stage a real modern lady of the governing class—not the sort of thing that theatrical and critical authorities imagine such a lady to be.
He did so; and the result was Miss Vivie Warren. Mrs. Warren’s position is that poverty and a society that condones it constitutes true immorality, while Vivie recognizes her mother’s courage, but grapples with her ongoing involvement in the business.

Mrs. Warren’s Profession was written by George Bernard Shaw in 1893 and published in 1898, but was not performed until 1902 due to government censorship of its primary subject matter. Even then it was only produced as a private showing at London’s New Lyric Club.

Shaw, an Irish playwright, critic, and political activist, used his public persona to promote ideas of social reform. He was obsessed with the inequalities of society, particularly around the disparity between the classes and lack of women’s rights; he found these morally unjust. In defending his play, Shaw claimed he needed to “draw attention to the truth that prostitution is caused, not by female depravity and male licentiousness, but simply by underpaying, undervaluing, and overworking women so shamefully that the poorest of them are forced to resort to prostitution to keep body and soul together.” Further, he argued “starvation, overwork, dirt, and disease are as anti-social as prostitution.”

There is some irony to be realized when one considers that while Mrs. Warren’s Profession was known as a proto-feminist text, it was first performed in a club where women could only enter upon special occasion, and then only if accompanied by a man. Furthering this, some argue that Shaw created a conversation about women, rather than with women. Regardless, Mrs. Warren’s Profession still has the power to provoke and spark important, relevant conversations in present day. Shaw’s play directs audiences to consider the ways in which gender relations and historical power inform the present.