Behind the Scenes: Interview with Director Melissa Young 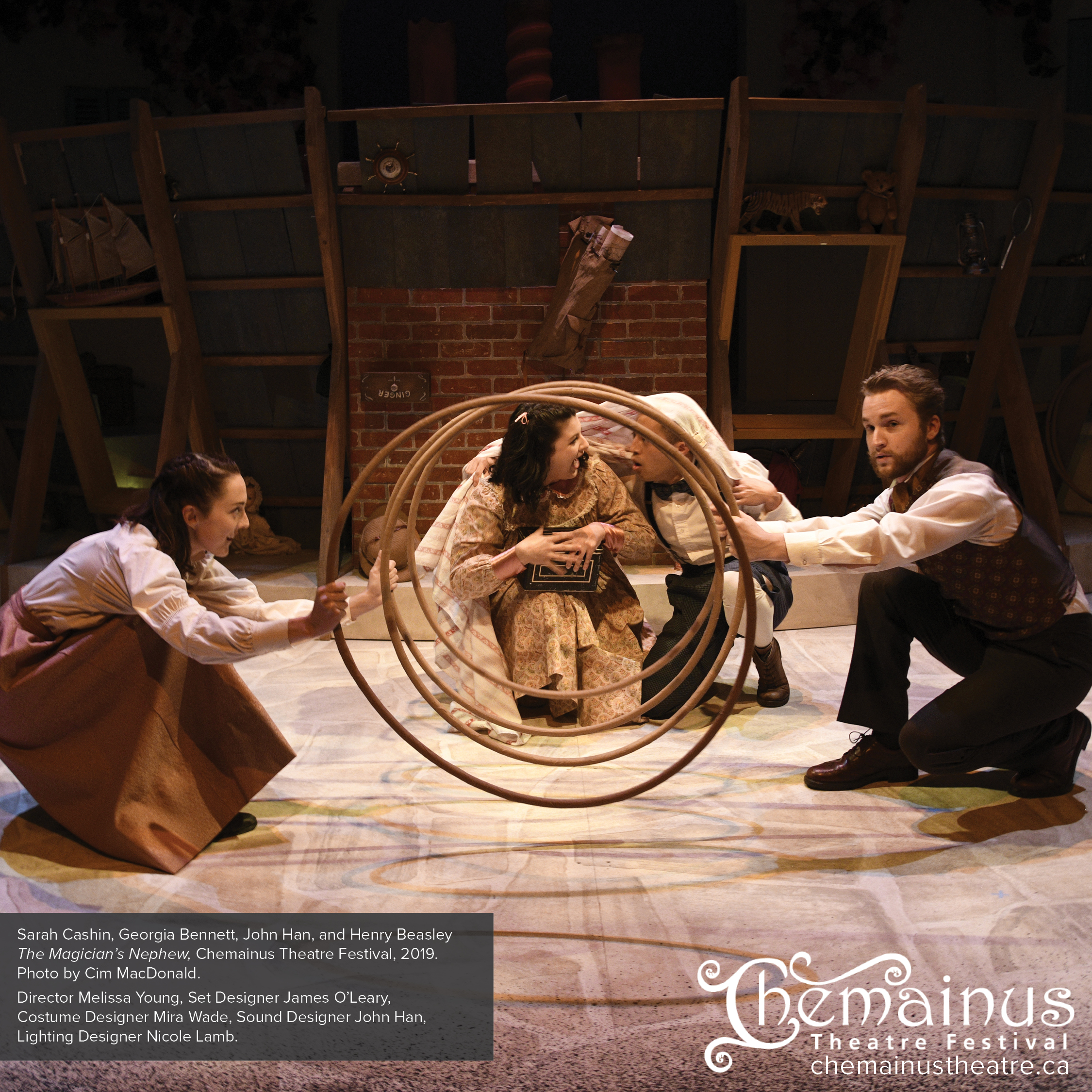 Tell us a bit about yourself.

I’m an actor, director, and choreographer who currently resides in Victoria. I am also an educator who has taught acting and musical theatre in the public school system for the past 10 years. I love musicals and I really enjoy creating physical theatre.

I think the Narnia series is timeless and its appeal is multi-generational because of the core values embedded within the stories such as teaching kindness to others, the importance of courage, and selflessness. Ultimately the stories engage our imaginations which is exciting to readers, and of course, a theatre audience.

Did the fact that the work of C.S. Lewis is famous make this an intimidating task to adapt?

Yes, there is a lot of text and Lewis has a specific tone and style which I wanted to remain true to.

Have you read all the books in the Narnia series? Which one is your favorite?

Yes, I have. I really love The Lion, the Witch, and the Wardrobe. However, after this process, I have a new appreciation for The Magician’s Nephew.

I read the novel again and again. I then examine each chapter and pick out the most significant plot points and actions within the chapter and then join the actions together. I find speaking in role as I write the dialogue to be very helpful to the process.

What was the first play that you wrote?

I haven’t written a play, but the first piece I adapted was The Lion, the Witch, and the Wardrobe.

What did you do to try to make the story and characters your own?

Reading the text out loud allowed for me to improv with myself and through that process I was able to put my own “stamp” on the work. For example, the phrasing of the Queen’s lines are very similar to how I might speak if I put myself in the position of the Queen. My acting training has really helped me with the adaptation process.

Do you have a favorite moment in the story?

I love the dramatic parts; in particular, I really like the moment in the garden between Digory and the Queen. Digory is forced to choose between obeying Aslan’s direction, or doing what he thinks might save his mother.

What did you edit OUT of this story?

The cabby, the cabby’s wife, and Digory’s Aunt. I found they weren’t essential to the story we were telling. We still have Digory’s mother—but she is represented in a different way.

What do you want your young audience members to take away from this story?

Always do your best to be brave and kind, even when you are faced with fear and doubt.

What will you be working on next?